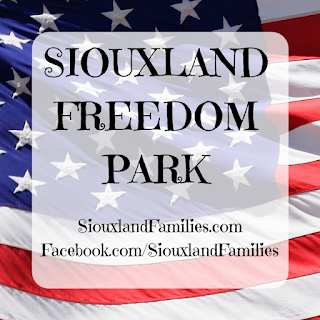 Siouxland's most patriotic attraction is under construction, with new features added every time I check! Here's what to expect at Siouxland Freedom Park if you visit in July 2020:

What is Siouxland Freedom Park?

Siouxland Freedom Park is a place to honor and remember veterans and celebrate the freedoms they fought to ensure for all Americans. My Grandad fought in WWII and my Grandpa fought in the Korean War, and I love that there is a place here in Siouxland to reflect on their bravery! Here's a quick peek from a recent visit:

Where is Siouxland Freedom Park?

Siouxland Freedom Park is on the Nebraska side of the Missouri river front, at 1801 Veterans Drive, South Sioux City, Nebraska. There is parking near the Memorial Wall & Interpretive Center, and by the John Douangdara Dog Park

The highlight of Siouxland Freedom Park is the Memorial Wall. The park features the only half scale exact replica of the Vietnam Veterans Memorial in Washington, D.C. On the wall, you'll find the names of more than 58,272 Americans who lost their lives in the Vietnam War. The wall is lit at night. A Korean War Memorial is also planned for the future.

The dog park at Siouxland Freedom Park is named after South Sioux Citian John Douangdara, an elite dog handler for the Navy SEALS who lost his life in Aghanistan when the helicopter he was in was shot down in 2011. You can read more about Douangdara and his heroism here. 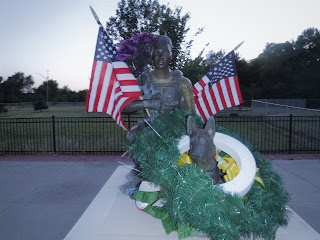 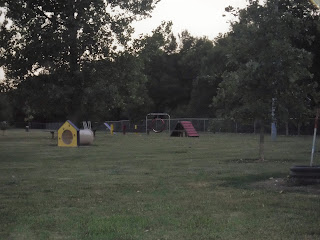 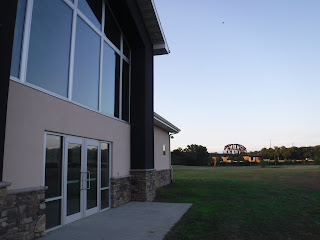 The Siouxland Freedom Park Interpretive Center is currently under construction, and is scheduled to be open to the public by fall of 2020. When completed, the center will have educational and memorial displays about American veterans and the conflicts they served in, as well as interactive displays where visiting veterans can record some of their memories. The center will also be open to community programs. The building looks great so far, and you can peek through the glass doors to see the interior. While currently empty, it looks like a space with lots of potential, and I can't wait to see how it turns out! 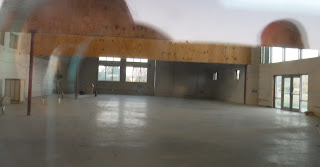 Later in 2020, Siouxland Freedom Park will be home to one of artist Ray Bubba Sorensen II's famous Freedom Rocks, just east of the interpretive center.

Freedom Park is already becoming well known for their events, especially fireworks at Fourth of July and a Remebrance Run on Memorial Day weekend. They also host events for veteran's groups, and will likely host even more commemorative, education, and other community events once the interpretive center is completed!

Across the street from the interpretive center, there are 3 covered picnic table areas and a large playground!  I can definitely see it being a great space for a family picnic, but also for field trips for students studying America's involvement in foreign wars of the 20th century. The play structure was very large with 7 slides, so it could definitely accommodate a crowd! I'd love to see them add a toddler play structure in the future though, as the slides were all pretty high up. All of my kids had a great time, but it was definitely best for my 10 year old! 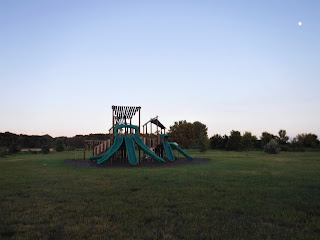 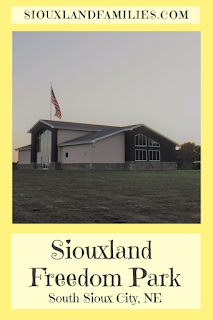