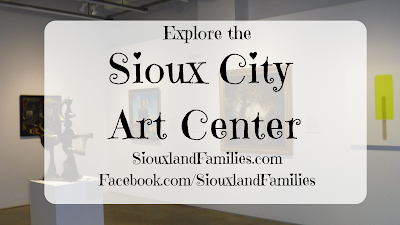 Can you tell we always have a blast visiting the Sioux City Art Center? We always see old favorites and something new! Want to know more? Here are all the details:


What is the Sioux City Art Center?


The Sioux City Art Center is an art museum and art education center, which includes:

Where is the Sioux City Art Center?


When is the Sioux City Art Center Open?

As of Fall 2019, the Sioux City Art Center is open from 10am to 4pm from Tuesday through Saturday each week, plus open late on Thursday nights until 8pm, and is open on Sundays from 1-4pm.

How much does it cost to visit the Sioux City Art Center?

Admission to the Sioux City Art Center is free and open to the public. Classes, camps, workshops, and special events may have a fee and require registration. 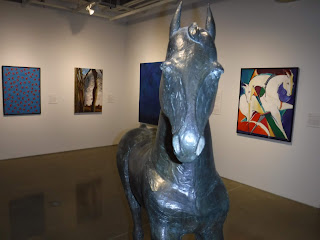 The Sioux City Art Center's permanent collection, is housed primarily in 3 galleries on the ground floor of the art center as of September 2019. Pieces in the permanent collection range from abstract to classical in style, from local artists to renaissance European artists, and include photography, digital art, paintings, sculpture, and more. Here are a few of my family's favorite pieces from the Sioux City Art Center Permanent Collection: 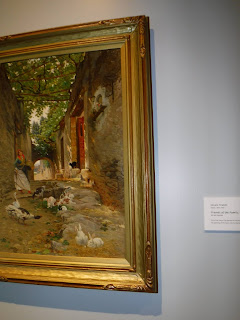 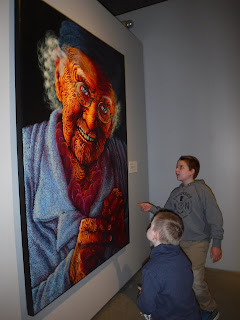 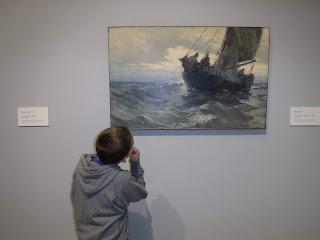 
A highlight of the Sioux City Art Center is the Corn Room by Grant Wood. Grant Wood was born near Anamosa, Iowa in the late 1800's and is best known for his painting "American Gothic," currently housed at the Art Institute of Chicago. The Corn Room is a series of murals designed for the Martin hotel in Sioux City, which were wallpapered and painted over in the 1950's, but rediscovered and restored in the 1980's. The restoration was not able to restore the full brightness of the painting, but it still constitutes a large and impressive work by the master of American regionalism.
The Grant Wood Corn Room is now located on the third floor of the Sioux City Art Center. 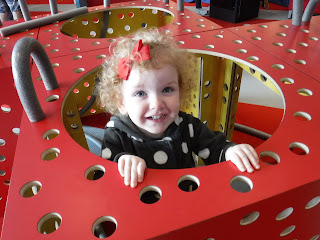 Here's a peek at our recent visit to the Sioux City Art Center's Junior League Hands On! Gallery:

Classes and Workshops at the Sioux City Art Center


For more information on the Sioux City Art Center 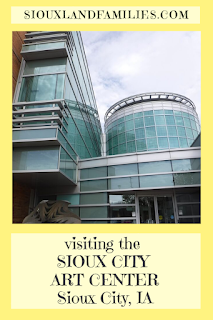