Grandview Park sits amidst the central Sioux City hills, with a spectacular view of much of the city from the highest points in the park. As promised, there's a grand view! 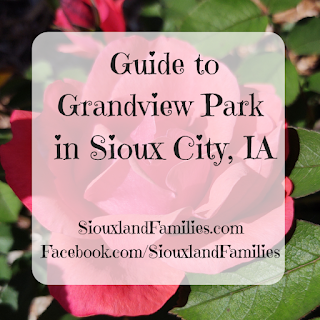 Grandview Park sits on 32 acres, roughly between McDonald to the west, Douglas Street to the east, 24th street to the south, and Stone Park Boulevard to the north, while Grandview Boulevard winds through the park. The park has been open to visitors since 1908 when it was opened as Grand View Park.

The star of Grandview Park is its bandshell. The art deco masterpiece was built as part of the civilian works administration, and its beautiful appearance to this day is a testament to their hard work.


The bandshell is also home to Sioux City's biggest music festival, Saturday in the Park. The annual festival, originally conceived as a blues festival, now features a wide variety of musical genres and draws crowds of 25,000+ to Grandview Park each year! The free festival is held on the Saturday closest to the Fourth of July, and after the concert is Sioux City's best fireworks show. Some of the most notable acts to come to SITP since it started in 1991 include Blues Traveler, Aretha Franklin, the Wallflowers, Michelle Branch, Kacey Musgraves, Bonnie Raitt, Cee Lo Green, Ben Harper, Santana, Sublime, Melissa Etheridge, Counting Crows, and BB King.
The Grandview Park Bandshell is on the National Register of Historic Places. 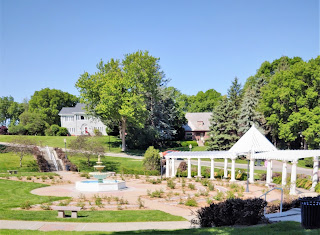 Behind the bandshell to the west sits the Grandview Park Rose Garden. This beautiful garden centered around a pineapple-topped fountain was designed by architect Newell Guernsey in 1937 as a joint project between the Iowa Rose Society, Sioux City Garden Club, American Association of University Women and other interested flower lovers. The Sioux City Parks and Rec Department continues to maintain the garden, tending to the hundreds of roses and other flowers each spring and summer, and lighting the trellises with Christmas lights each winter! 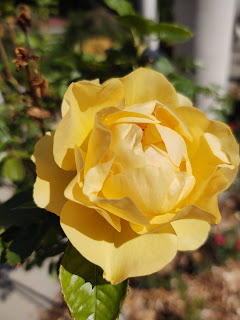 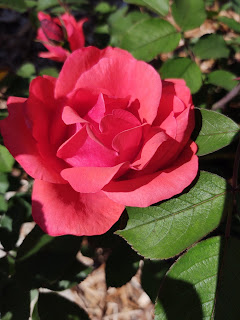 Near the Stone Park Boulevard entrance to Stone Park sits a playground with climbing structure. There is a public bathroom across the park road from the playground. Each spring, the grounds near the playground are home to Sioux City's biggest Easter Egg hunt!

Grandview Park was home to two large cylindrical water towers, connected by a small tunnel, for more than a century. The two water towers are being torn down in 2021 to be replaced by an alternate water tower or water pump station. The original water towers were well-known as one of the best canvases for street art in Sioux City, covered in colorful paintings.

Other features of Grandview Park

Grandview Park previously included a disc golf course, which was torn down as part of the water tower replacement project in 2021. If that course is restored when the project is over, I will try to update with that info!

Another famous feature of Grandview Park is a statue of Abraham Lincoln, located at the park entrance on 24th Street. 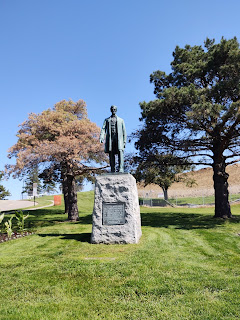 Lincoln stands 7 feet 10 inches tall on a 7 foot tall base and both were sculpted by Granville Hastings out of Minnesota granite. The statue and base were donated to the park in 1924 by John and Elizabeth Magoun. 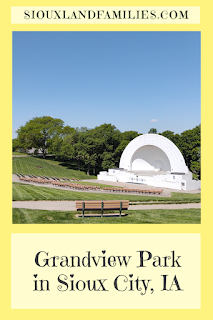